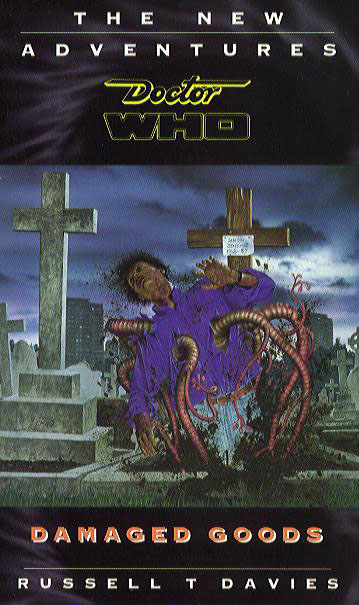 content warnings (skip to the bottom if you can't highlight): drug use, body horror, self harm, child abuse, suicide, mentions of pedophilia, period typical homophobia and racism from minor characters

"Wherever this cocaine has travelled, it hasn't gone alone. Death has been its attendant. Death in a remarkably violent and inelegant form."
The Seventh Doctor, Chris and Roz, arrive at the Quadrant, a troubled council block in Thatcher's Britain. There's a new drug on the streets, a drug that's killing to a plan. Somehow, the very ordinary people of the Quadrant are involved. And so, amidst the growing chaos, a bizarre trio moves into number 43.
The year is 1987: a dead drug dealer has risen from the grave, and an ancient weapon is concealed beneath human tragedy. But the Doctor soon discovers that the things people do for their children can be every bit as deadly as any alien menace - as he uncovers the link between a special child, an obsessive woman, and a desperate bargain made one dark Christmas Eve.

so.. damaged goods, huh. in typical rtd fashion, the gay and working class themes become as important as the alien threat, with the doctor himself making a remark about how he had lost sight of the people he was there for. those ordinary people are what ground the book: winnie's guilt and desperation over what poverty drove her to do, harry's struggle with his internalized homophobia, bev's resigned outlook on a situation that is by now the norm to her.
bev in particular parallels earth in the story, as she is the collateral damage of a conflict much bigger than her, one that she doesn't really understand, and seems to be therefore the emotional core of the story. this barely scratches the surface of everything that happens in this book, but i think it's better if you go into it blind. read the warnings if you worry that something might be bad for you, but i recomend you experience it blind. my deskmate in class knows it was an experience indeed